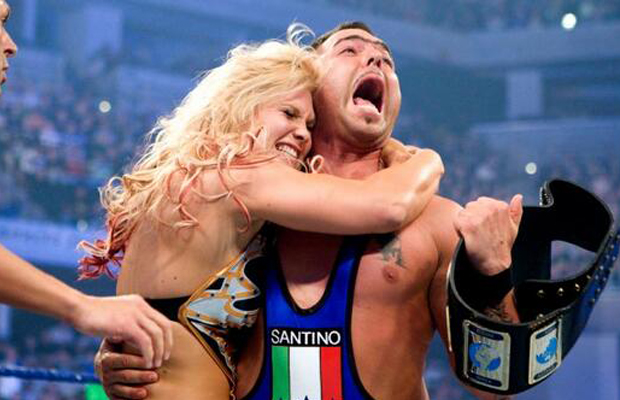 Earlier this week, Santino Marella announced his retirement from in-ring competition. According to reports, Marella had suffered his third neck injury and at age 40 decided to hang up the boots.

Beth Phoenix, with whom Santino formed Glamarella from 2008 to 2009, has taken to Twitter to comment on her former partner’s retirement.

She tweeted her well wishes, saying:

Thanks for all the memories @milanmiracle! Wishing you nothing but the best in whatever you do. Your star will always shine! #Glamarella

In their most successful outing, Glamarella teamed up to capture the Intercontinental and Women’s Championships in a Mixed Tag Team match at SummerSlam 2008.