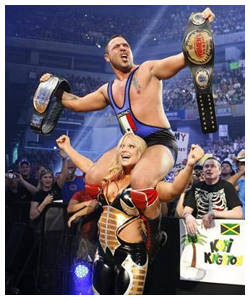 The sitcom, entitled ‘The Santino Marella Sitcom’ will be WWE’s first foray into this type of scripted television.

Beth will play Santino’s girlfriend on the show, reigniting the Glamarella couple that dominated Raw in 2008 and early 2009.

In the little that we’ve seen of Beth outside of her stoic Glamazon character, you can tell that she does have good comedic chops as seen here and her Twitter page is also great fun, so she should be great in this bizarre role.