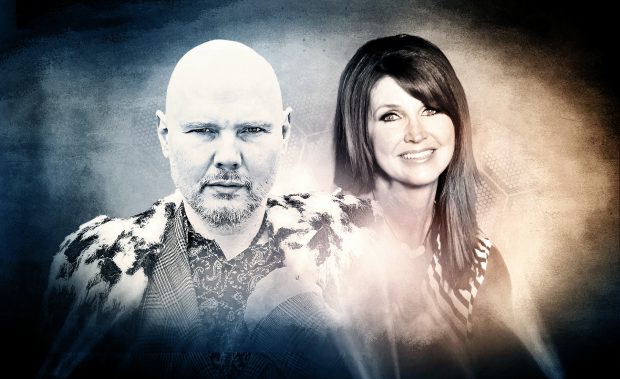 TNA has announced that Dixie Carter has step down from her longtime role as TNA President and appointed to a new Chairman and Chief Strategy Officer. Taking over as TNA President will be Billy Corgan.

The big shake-up of an announcement comes in a press release by TNA:

As President, Billy Corgan will be responsible for leading day-to-day operations for IMPACT and its affiliated brands. As Chairman, Carter will focus on long-term planning, strategic partnerships and global growth.

Dixie Carter commented on Billy Corgan being named the TNA President saying: “Billy is a visionary, an iconic artist and savvy businessman with an incredibly gifted creative mind. He has built a decades-long successful global brand, and also has a deep passion and understanding for professional wrestling. In working with Billy over the last 16 months, he has impressed me to the point that I’ve been in discussions with him to take an elevated strategic leadership role within the company. The more we discussed our vision for the organization, the clearer it became that position needed to match his commitment. We are entering an exciting new era for IMPACT and will be working to continue to define our brand, develop global strategies for success, and structure for future investment and growth. These moves, effective immediately, signify the team’s determination to work together to effectively cover more ground and capitalize on TNA’s current momentum that has seen ratings rise in recent months.”

The newly name TNA President added his own comments saying:

“I believe in this company, its passionate fans, the talented roster and the dedicated staff and crew. I am committed to this great opportunity and will use all of my resources and connections to drive the success of this company. This year we have made significant strides in establishing a strong foundation for our future and will be aggressive in continuing to evolve and grow the IMPACT brands.”

Billy Corgan joined TNA back in spring of 2015 as a senior produce. Since then, he has made a few appearances on TNA television screen as an authority figure and provided some creative and musical insights for the company.

You can real the full press release here.

Are you shocked by the news of Dixie Carter stepping down as TNA President? What do you think will become of TNA under the new leadership of Billy Corgan? Let us know in the comments below!