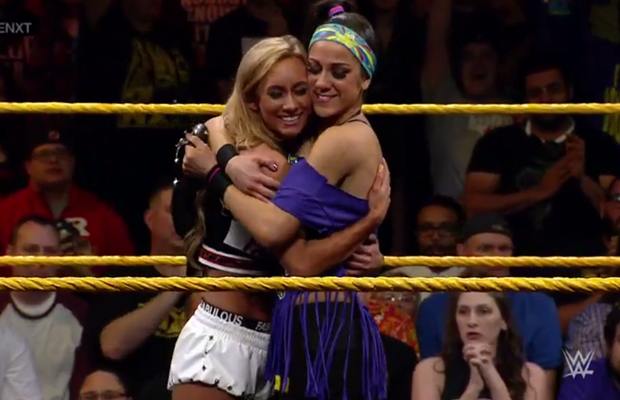 In a Battle Royal that included Alexa Bliss, Aliyah, Asuka, Billie Kay, Cameron, Deonna Purrazzo, Emma, Eva Marie, Liv Morgan and Peyton Royce, Carmella picked up a sneaky win after spending much of the last part of match outside the ring. Eva Marie, after eliminating Asuka, thought herself to be the winner of the match, but Carmella slipped back into the ring and surprised Eva, tossing her out of the ring and claiming victory.

Carmella will receive her shot at Bayley’s title at the NXT television tapings on Friday, January 22nd. The tapings, part of Royal Rumble festivities in Orlando, will take place at the University of Central Florida.