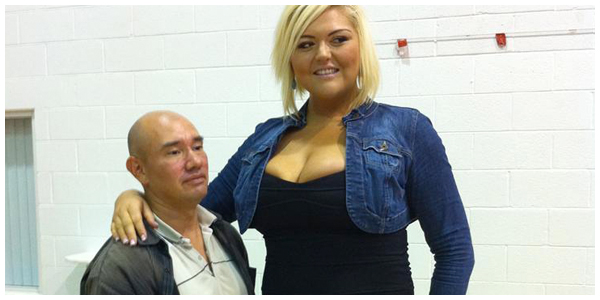 We can now confirm our initial report that Isis the Amazon has signed a developmental deal with WWE.

A reliable source tells Diva Dirt that Isis is indeed part of the FCW roster after being spotted with FCW staff and talent at last Friday’s event in Fort Myers.

Diva Dirt first broke the news that the 6’9″ wrestler was possibly signed by WWE last Friday. At the time, Isis’ representative Brad Konia told us: “We still can’t offer any comment.”

Isis’ unique appearance will no doubt set her apart from all the other Divas in WWE as she stands around the same height as The Great Khali and The Big Show.

Check out pictures of Isis below: