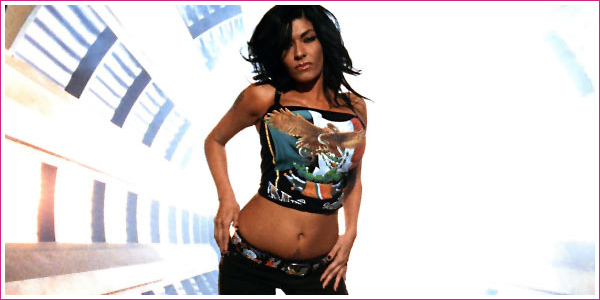 She is one of the most unique personalities in women’s wrestling. As a former WWE Diva, she was the vampiric Ariel and as a former TNA Knockout, she got in touch with her Latin roots as Salinas. But having left wrestling behind and looking forward to more acting projects, she is now simply Shelly Martinez and she’s ready to tell all!

After a whirlwind three years in the world’s top two wrestling companies, Shelly sits down with Diva Dirt‘s Tiffany for an exclusive two part interview discussing her time in WWE, TNA, her future in acting and her controversial stance on cannabis use.

In Part 2… Picking up exactly where part one left off, Shelly goes into full detail on her final months in WWE including the backstage blowout with former World Heavyweight Champion, Batista that led to her release. In part two, the main focus is on Shelly’s year in TNA Wrestling. Shelly discusses how she joined the company, talks about working in the Knockouts division compared to being a WWE Diva and clarifies what led to her TNA departure.

Please Note: This interview and the content within are the proprietary content of Diva Dirt (diva-dirt.com). By reposting elsewhere or transcribing the contents of this interview, you agree to provide the appropriate credit i.e. a text link back to this page

For more on Shelly, please visit her official website www.shellymartinez.com.