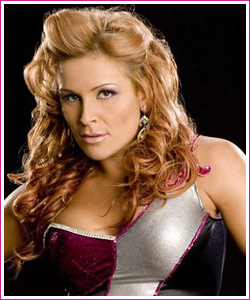 Anyone who got to watch ECW last night, was probably just as surprised as I was to see everyone’s favorite third generation diva, Natalya. Last night Natalya officially debuted as a member of the ECW brand, accompanying her real life fiancee, TJ Wilson, now known as Tyson Kidd.

To be honest, I don’tÂ know I feel about this. While Natalya really wasn’t doingÂ muchÂ on Smackdown, at least she could’ve have earned a title shot. Even with the current flood DivasÂ migrating toÂ ECW, there still is no division to speak of. She can only wrestle Alicia Fox and Tiffany so many times. Or maybe a feud with Katie Lea?

Hopefully, this new arrangement will give her a chance to develop as a character and finally be top Diva she deserves to be.

What do you guys think? Was the trade a bad move? Do you wanna see Nattie get extreme? Let us know in the comments.