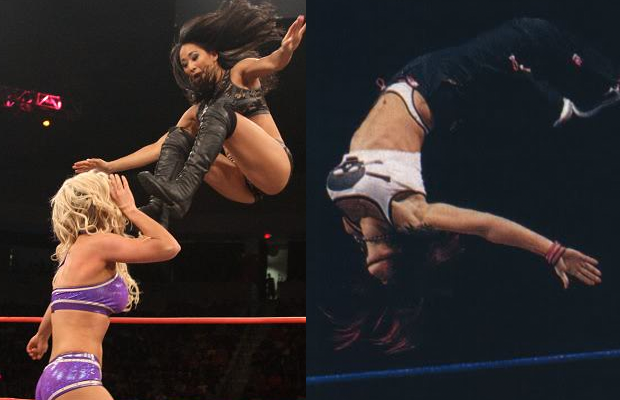 Though these days Gail relies mostly on exploiting weaknesses with her submission holds, she is still known for taking risks. Whether these risks come in the form of heading to the top turnbuckle, applying a figure-four leg lock on a ladder or hitting a neckbreaker while balanced on the top rope inside of a cage, Gail has gained a reputation for fearlessness.

Before Lita, few women were known to be “fearless” in the ring, instead focusing on getting the job done and defeating opponents. Ruthlessness was more common than fearlessness.

After Lita became known as a risk taker, hitting high-flying moves on men and women alike, some women stepped up to fill similar roles. Few could pull it off as effortlessly as Gail, whose athleticism and small frame lent themselves to such endeavors.

Today, Gail is the Knockouts’ jack of all trades: you can toss her in any type of match, and she will adapt to it, doing whatever it takes to get the win. You truly feel like she can conquer any challenge, no matter the stakes – much like Lita.