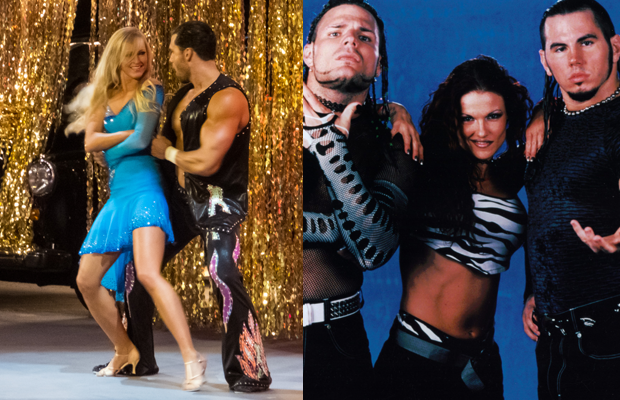 Months before she ever step foot inside a WWE ring as a competitor, Summer spent her fair share of time outside of it, managing Fandango. Slowly but surely, Summer has become more than just the woman who danced with Fandango – she became a personality of her own, at times outshining the man himself.

The same could be said for Lita, who quickly made a name for herself alongside Essa Rios. Soon after joining The Hardy Boyz, fans where chanting for her mere presence at ringside. It wasn’t long before she became a regular in-ring competitor, already having earned a following from her managerial pursuits.

Summer hasn’t fully realized this legacy yet, but she’s in a great position to do so. Still by Fandango’s side, Summer is slowly starting to nab the spotlight for herself, dancing with Fandango’s opponents and doing comedy bits that pull attention away from the match. Sure, she’s not hitting men with hurricanranas, but she’s using the skills she has to become a fully realized character. That’s more than merely outgrowing those you manage, as Sunny and Sable did.

Without Lita, Summer’s role as a manager would likely be less a stepping stone and more a character with an expiration date.