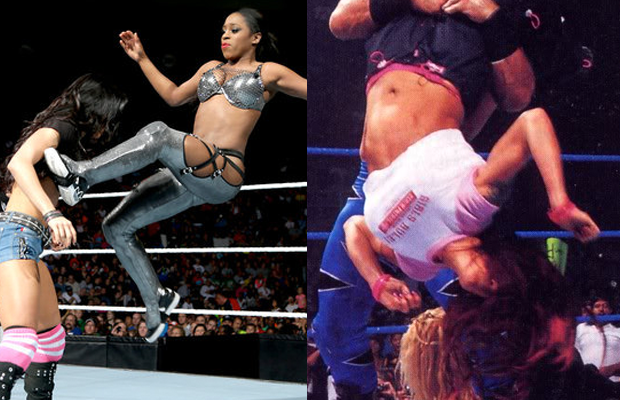 Even in an era where numerous women hit headscissors takedowns and journey to the top rope, Naomi’s moveset is unique. She takes moves that are commonplace and makes them her own, performing athletic feats that perhaps even Lita couldn’t pull off in her heyday.

Though her repertoire does not mirror Lita’s exactly, it owes a lot to her legacy. Naomi is one of the few Divas who has a moveset that is wholly her own, crafted to stand out and express her personality.

Lita did this once, busting out hurricanranas and moonsaults back when Divas rarely took such risks. Lita became defined by these moves, much like Naomi is being defined by her jaw-dropping feats of athleticism.

Naomi is making her name on her inventiveness, perhaps gearing up to leave a legacy of her own.