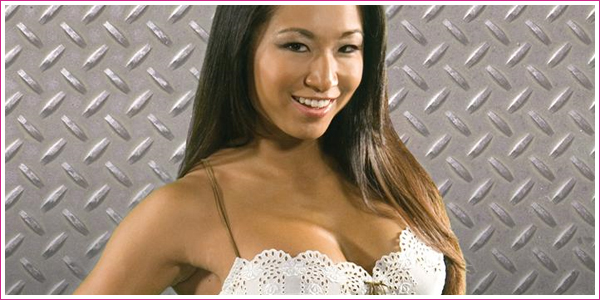 Well I guess we could have figured this out by deduction after Melina retured to Raw last night, but Mike Johnson of PWInsider has confirmed that Gail Kim is heading to SmackDown. As we mentioned yesterday, Gail has been travelling with WWE for the past week and Johnson reports that she has shot promotional footage and photographs for her new WWE run. Word is Gail could return as soon as tonight’s SmackDown tapings which is a double-header, filming for this week and next week.

With Michelle McCool‘s questionable behaviour on SmackDown of late teasing a heel turn, it looks like Gail could slot nicely in as the new top face for the blue brand. I’m certainly excited to see Gail face off against McCool, Maryse, Victoria and most of all, Natalya! It’s rumoured that Gail is dating Nattie’s uncle, Hall of Famer Bret Hart. I think Gail joining SmackDown is just further proof of of how dominant the blue brand’s Divas division has been over Raw’s women’s division this past year.

And how about this little golden nugget: Gail’s presence on SmackDown means that she could be the first woman in history to hold the Women’s, Divas and Knockouts Championships.