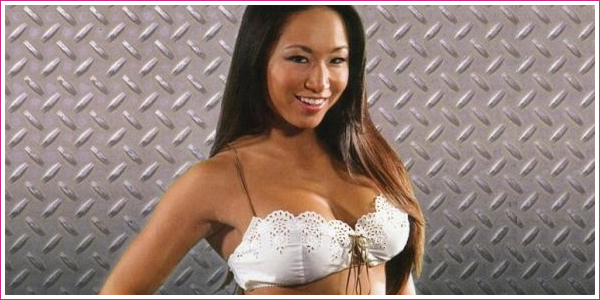 The first ever TNA Knockouts Champion has faced some tough challenges. In TNA Gail Kim faced off against Awesome Kong on more than one occassion. Then there’s the Six Sides of Steel. The street fights. And that ladder match. Gail broke barriers for women’s wrestling and helped bring the Knockouts division to prosperity. To us knowledgable Diva fans, she is a pioneer. But now miles away from TNA, Gail Kim finds herself in a unique situation: a familiar-yet-unfamiliar territory.

Back in the WWE and her SmackDown debut pending, this is Kim’s second run with the company. However the business and audience has changed vastly in the five years that Gail has been absent. So much so that Gail must now face her toughest challenge yet – winning over a new generation of WWE fans.

Judging from recent SmackDown house show reports, you may as well erase Gail’s TNA lineage because the WWE audience barely knows who she is. It seems long gone are the ticket-buyers who saw Gail face off against the likes of Lita, Trish Stratus and Molly Holly. The current audience, feeble and talent-starved, are an audience that cheer their hearts out for the likes of Maria. No offense to Maria’s fans, but she’s hardly top-tier wrestling talent. Meanwhile, the likes of Beth Phoenix and Melina have found it hard to muster the same response as their Diva Search counterparts.

It is easier, with this audience, to get over as a gormless ‘hottie with a body’ than it is to get over as a truly talented, accomplished female wrestler. So as Gail Kim makes her return to the company, it’s almost as if WWE are introducing a brand new Diva – not one that is a former Women’s Champion.

The next few months will be a test for Kim, as she must be able to win over the new crowds that fill the arenas for WWE shows. We all know that Gail Kim is incredibly sexy but will she be able to turn it on to the same degree as Maria, Candice or Kelly Kelly? Gail is a wrestler first but it seems that her impressive in-ring skills won’t be enough for to win over this audience. And that truly is a shame.

What do you think? Will Gail be able to win over the new WWE audience?