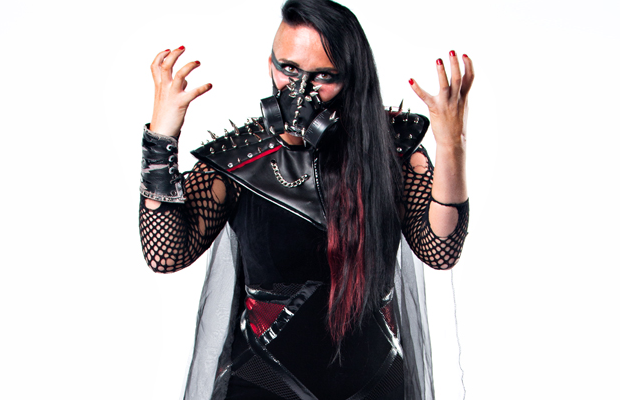 Former Knockouts Champion Havok has taken to her personal blog to dispel rumors of her TNA departure and the company’s reported problems in paying its wrestlers.

Havok first referenced a tweet she sent earlier this week, in which she confirmed she’s still part of TNA despite not appearing at recent television tapings:

"@ChristianHart01: @HAVOKTNA Are you still in TNA? I sure hope so." Keep watchin'

She goes on to state that she’s always been paid by TNA, blaming the spread of negative rumors on people who want TNA to fail.

Havok then encourages fans to support all wrestling, whether it be WWE, TNA, the indies or NXT, where her boyfriend Solomon Crowe works.

Read the full blog below:

I’ve noticed over the last few weeks, that TNA is getting a lot of heat for numerous things. “Dirt Sheets” are reporting this and that, from “Sources” unknown. Fans are ridiculing the company without knowing what is going on, and people in general are just hating on, and hoping for the end of the company.
“Sources” have even told “dirt sheets” that TNA fired me when they brought Kong in etc etc.

So last night, i tweeted that I never left TNA, and i’ve always gotten paid, so either support the company or shut up. Some of you guys didn’t like that, i admit i could have worded it differently. One says “Ok, so you are saying follow blindly or not at all? DERP DERP” and other thought “Well TNA does care what we think or a bog deal wouldn’t be made” BLAH BLAH!!!!

So, I guess i am going to explain a little better where i am coming from…

First of all, why are you going to get mad at me for defending the very company i work for? They have done nothing but help my wrestling career. They have given me a larger stage to perform for so many more people around the world. I have a much larger fan base now because of them, and they have let me be able to inspire so many “misfits”, showing them that you don’t have to l look like a model to live a dream.

As far as my pay, i have never been screwed over by them. They have always paid me exactly what i am suppose to, so again. Do NOT run your mouth about something you know NOTHING about. I am going out of my way to prove a point, they didn’t ask me to do this, they have no idea that i am putting it out there. This, again, is an example of me defending the company that has been good to me from the beginning. It isn’t fair. Do NOT get me wrong, fans , you are entitled to your opinions, but when it comes down to the nitty gritty, like contracts, paychecks, booking, etc… When was that ever your business to begin with? It isn’t? are you wrestling? No.

There is nothing wrong with sitting back and enjoying the show. Fans are suppose to do just that. Don’t stress yourself out over something that doesn’t concern you to begin with.

The other thing that drives me nuts is that there are WWE fans, and TNA fans, and WWE fans HATE TNA, and vice versa. I don’t know why burying something or someone is needed. In my honest opinion, i feel fans should just support wrestling in general. And if you don’t like something, just don’t watch it, and don’t bury someone else for liking it.

I have friends who wrestle for WWE. My boyfriend is in NXT!!! I also have friends at TNA, i have LOTS of friends on the indies! We are all the same!!

I watch all wrestling. I watch TNA. I watch WWE. I watch NXT. I watch Indy stuff. Shimmer, shine, FIP, 2cw, CZW, New Japan, ROH, etc. Sure, there are things on each show i may not like, but there are also things i do like, and to me, it is entertaining.

I love wrestling and i support wrestling, and if you are a true fan, you should just support Wrestling. Not a certain *brand*, because i promise you, you will find something you like anywhere, the whole show may not be your cup of tea, but I’m sure there is something. Just open your eyes to the varieties out there!

I am sure there are some of you who will have a smart ass comment or two after reading this, but never fear! i don’t care :) You will be *blocked* . OR we can just agree to disagree. Thanks guys!!

You can read Havok’s blog at HavokxTNA.Wordpress.com.