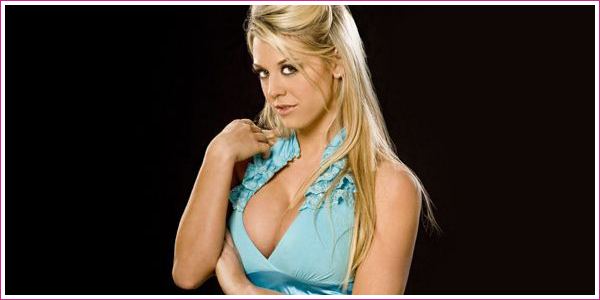 Up until recently, I’ve avoided posting Tiffany photoshoots on the basis that she wasn’t very relevant, and thus there wouldn’t be much to talk about. However, given her recent massive promotion on ECW, we’ve finally got a reason to know who she is. Her new photoshoot, “Baby Blue” shows a more professional side, which is quite suitable for her new position as GM of ECW. Granted, most bosses don’t flash cleavage at work, but it’s much classier than most outfits the Divas have concocted. I don’t think she looks very authoritative, but I suppose that’ll come with time.