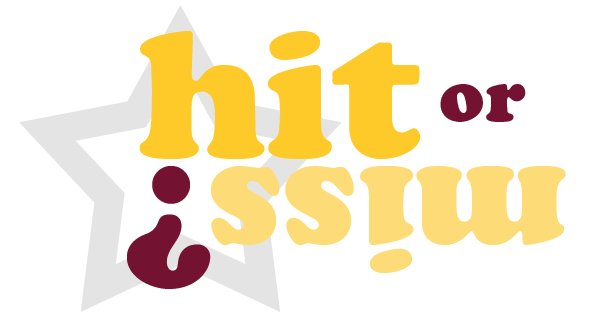 Welcome to Hit or Miss?! We’ll be examining the week’s news bits and deeming them hits or misses. For instance, did a Diva develop some backstage heat? That’s a miss. What about a Knockout match receiving the highest ratings of the show? That’s a hit. I’ll rate each story by stars (out of 5) – more stars for a hit, less for a miss. Got it? Let’s dive in..

Story #1: Beth vs. Candice set for No Mercy.
One week after making her return to the ring, Candice Michelle was awarded with a Women’s Title match against Beth Phoenix.

After Beth won her match against Mickie James on Raw, she and Candice had a stare-down, which in the wrestling world is universal code for “We’re fixin’ to fight, but not right now.” The match is set to take place October 5th at No Mercy. (See the original post.)
Rating:

Hit or Miss?: 1 1/2 stars makes it a MISS. I know it’s obvious that Candice would feud with Beth upon her return, but the reasoning behind her getting a Women’s Title match is ridiculous. The set-up was lame, (why was Candice sitting at ringside in some hoity-toity chair like she was the champ and Mickie and Beth were wrestling for the #1 Contendership?), the match has a chance of being not that great (Candice’s ring rust), and it all seems very rushed. Hopefully the match will shape up a little better in the coming weeks. 3 weeks and counting..

be pushed aside for the time being. However, it’s also come to light that Mickie may have not even had the push she received earlier in the year if Candice hadn’t suffered her second injury setback. There’s speculation that Mickie wouldn’t have had her 4th Women’s Championship reign if Candice was around at the time. Mickie was the only top face, and thus had to hold the division together until Candice returned. (See the original post.)
Rating:

Hit or Miss?: 1/2 a star makes it a MISS. I don’t care if you like Candice or not – it sucks to think that these past few months could have meant next nothing in the grand scheme of things. I mean, a whole Women’s Title reign just because there’s no other face worthy of a reign? Come on, give Mickie more credit than that. It just gives me an image of Mickie working her ass off for month upon month as the brand’s top face Diva, only to be pushed aside once Candice was well enough to return to the ring. Whether you are a fan of Mickie’s or not, that’s not very fair. She had a rather uneventful Women’s Title reign, had pointless match after pointless match, and seemed to be a glorified placeholder for a woman much less experienced than herself. Any way you slice it, it’s a raw deal.

She spoke highly of her fellow Knockouts while speaking optimistically about her future in the business. (See the original post.)
Rating:

Hit or Miss?: 3 stars makes it a HIT. Gail has been pretty gracious in leaving TNA, and her departure hasn’t been as messy as you’d think. In wishing her fellow Knockouts well, she shows that there are no hard feelings, and hopefully the feeling is mutual. Giving one last interview with one’s former company isn’t all too common, so it’s nice to see some professional behavior taking place. Her words seemed heartfelt, and it only increases anticipation for an eventual WWE return.

is counting down the top 50 women in wrestling in the “Female 50”, much like they’ve done for years with the men in its annual “PWI 500”. (See the original post.)
Rating:

Hit or Miss?: 4 stars makes it a HIT. It’s not the biggest leap in women’s rights (Suffrage? Pfft..), but it’s still cool to see women’s wrestling get a little more recognition. That, and their act of listing 50 women shows that they’re going to be highlighting the lesser-known wrestlers in an effort to hopefully expand the horizons of wrestling fans. Obviously women’s wrestling reaches beyond the confines of the WWE and TNA, and readers will soon be well aware of that.

Hit or Miss?: 5 stars makes it a HIT. Fun for the fans in the name of a great cause? There’s nothing bad about that!