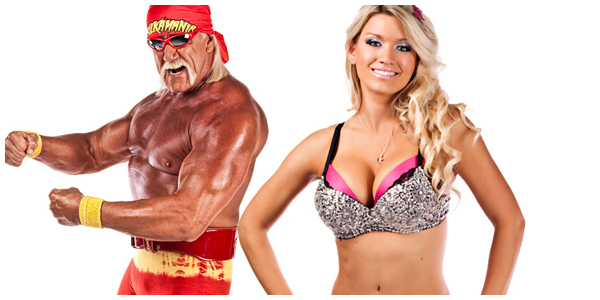 When asked what he and Eric Bischoff think of Von Erich, he said that she “can’t work,” a wrestling term for basically sucking in the ring. Meanwhile Bischoff chimed in that they would teach her to work and he likes her look [shock horror].

Despite what they may think of her, it just goes to show the fundamental problems with the new TNA management that they would go on record to say something negative about one of their own. Not nearly as bad as calling Kong a ‘bitch’ but hardly instilling confidence in your troops, Hulk.

Will Lacey be TNA’s own Stratus project?