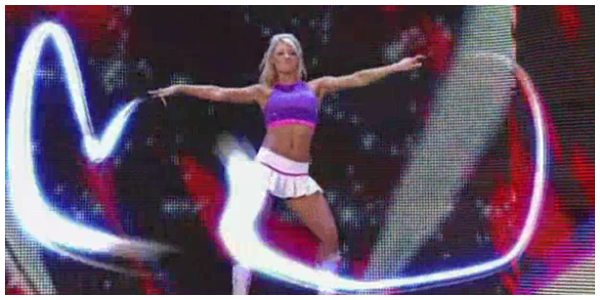 As many of you pointed out in the comments of the previous Tiffany posts, the Diva was removed from the title sequence for SmackDown this week as news of her suspension and arrest comes to light.

Obviously, WWE removing all trace of the Diva from the opening leads to suspicion that she could be released.

As a comparison, check out the new opening minus Tiffany below and last week’s title sequence, with Tiffany, after the cut: