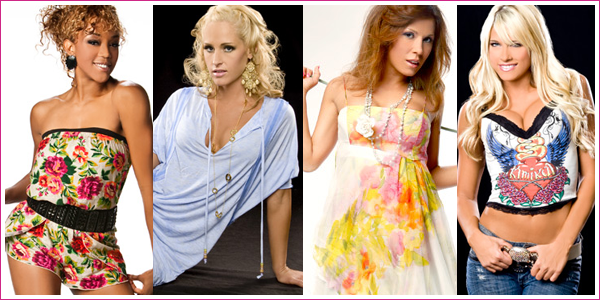 – As you guys saw on Monday night, Mickie James is back in the ring after suffering a ruptured implant at the beginning of the month. Mickie is said to be doing fine. Though I would question whether it’s wise to take a Glam Slam after getting your boobs fixed up…

– Raw Diva Kelly Kelly was backstage on Monday night and is expected to continue on the road despite her knee injury. WWE has yet to acknowledge the injury and officials are reportedly unhappy that word of her injury got out. As we reported last weekend, the time-frame for her in-ring return is uncertain but could be a maximum of three months.

– Women’s Champion, Michelle McCool is still injured as you will have noticed on last night’s WWE Superstars. The champ is still plodding along however, working on a current European tour.

– We heard last week that Alicia Fox was working with a sprained ankle, we’ve just confirmed this with another source also. Nothing serious and she was still able to wrestle, in fact by now, she should be fine.