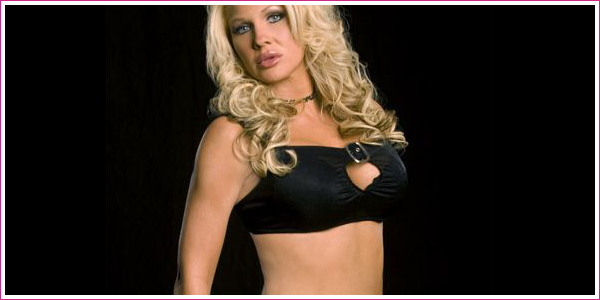 Now, I’m no Britney Spears expert, but I know a reference to her when I see one, namely Jillian Hall‘s new photoshoot “Blackout”. We all know Jillian idolizes the former pop princess, so it’s cute to see her photoshoot named after Spears’s last album. And hell, as long as she’s not belting out a few tunes from it (awful lyrics + awful singing = hell on Earth) I’m fine. The shoot itself isn’t all that great. The tacky little top isn’t doing her any favors. But I do like her hair – it looks so much better when its wavy as opposed to the pin straight style that tends to make it look like a bad Donatella Versace wig. Hey, maybe she could get Britney’s wig people to hook her up with a nice head of hair. After all, they do work wonders..