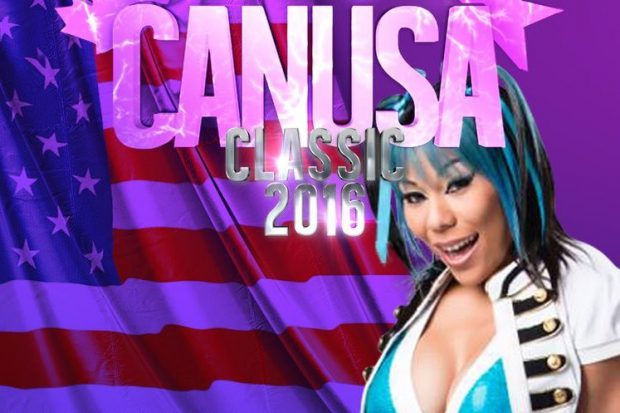 It looks like Cherry Bomb is making Team USA at SMASH Wrestling CANUSA Classic into her own image. We’ve recently learned via Twitter that the current TNA Knockouts Champion and WSU Champion has added fellow TNA Knockout Jade (AKA Mia Yim) to Team USA’s roster. This makes it even for both squads so far.

While SMASH previously announced that Cherry Bomb and Courtney Rush will fight inside a steel cage match in the main event, the additions of Veda Scott and Jade will bring some American pride. With Team Canada having Xandra Bale, look for Courtney Rush to add another name this week.

Who else do you think will participate in SMASH Wrestling’s CANUSA?