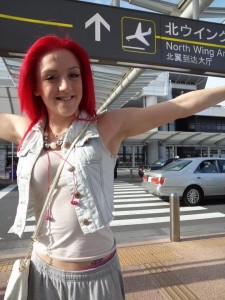 Their high-flying breakout star is set to make her Japanese debut on December 20 for Emi Sakura’s Gatoh Move promotion, in a match where she’ll team up with teenage sensation Riho against Hailey Hatred and Kaori Yoneyama.

Ray has impressed many in several matches with Japanese talent that have taken place on EVE shows in the past. Most recently (and despite losing), she took Emi Sakura to the limit at their “Wrestle-Fever” iPPV in October.

It has also been announced that Sakura will defend her Pro:Wrestling EVE Championship against Hiroyo Matsumoto at the event.