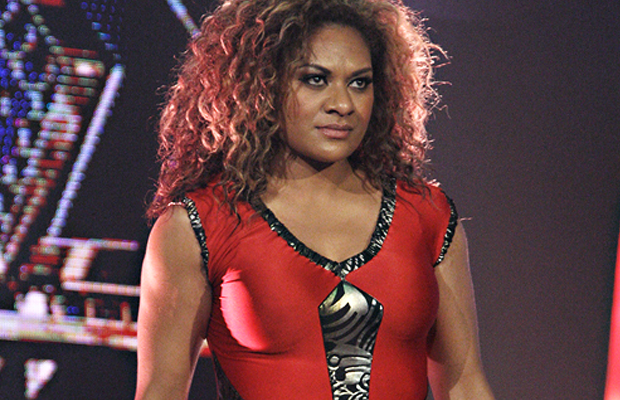 On tonight’s Impact Wrestling, Lei’D Tapa wrestled in what appears to be her last match for TNA.

She took on Gail Kim, who claimed that if Tapa couldn’t beat her, she’d be done with TNA. Tapa would go on to lose the match.

Tonight, Tapa tweeted a message confirming her departure, thanking TNA and her fans:

When 1 door closes another door opens! Thank you @IMPACTWRESTLING for giving me the opportunity! To my fans I luv u all!! #BowDown

As for the reason behind this abrupt departure, Wrestling News World is reporting in their elite section that Tapa was a “ticking time bomb” and showed little willingness to learn. They say that this, along with recent comments made by the Knockout, lead to TNA’s decision to part ways with her.

Lei’D Tapa made her TNA debut last fall, aligning herself with Gail Kim after helping her win the Knockouts Title at Bound For Glory.