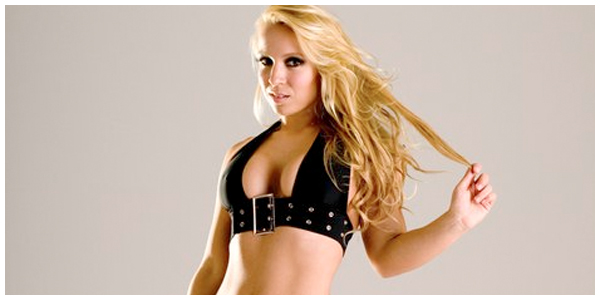 Independent wrestler, Lizzy Valentine has revealed that she turned down the opportunity to audition for WWE Tough Enough and will instead be joining Lucha Libre USA.

Earlier this month, Valentine — who was once part of MTV’s Wrestling Society X with WWE Superstar, Evan Bourne — noted that she was asked to submit an application for Tough Enough by the show’s producers, Shed Media.

In an update, she wrote on her Facebook page today: “To answer your question-I decided not to submit for Tough Enough. Instead I will be working for Lucha Libre USA!! Can’t wait to be back on MTV!!”

Valentine also appeared on season one of Wrestlicious as lipsynching popstar, Kandi Kisses.

As we revealed earlier today, Isis the Amazon and ODB are also being added to Lucha Libre USA’s second season.