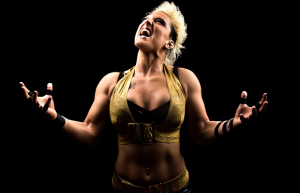 Bio: The Berlin-born “Alpha Female” made her pro debut in 2001, training under Joe. E. Legend and Murat Borporus. An absolute powerhouse of a competitor, she thrived in numerous European promotions, including Pro-Wrestling EVE, where she won the EVE championship. She has made multiple tours of STARDOM where she has held the World of Stardom, Goddess of Stardom (tag team), and Artist of STARDOM (six-man tag) titles. She had a brief run in TNA in 2014 where she feuded with Velvet Sky, but she left the promotion a short time later. She has also branched into MMA, going 1-1 since her MMA debut in October 2016.

Style: Powerhouse/brawler. Superior striker, especially when it comes to stiff forearm shots to the chest. Extensively studied submission grappling in preparation for MMA, but raw power is usually enough to get the job done.

What to Watch For: An assortment of power moves, including the chokebomb, powerbomb, tilt-a-whirl slam, and lariat.

Biggest Strength: Physical power. To date, she is the largest female announced for the Mae Young Classic. Depending on her fighting weight, she may well outweigh some of her opponents by more than 90 pounds. Based purely on stature, she would have to be considered a favorite. When you factor in her experience and MMA background, she’s absolutely one to watch.

Biggest Weakness: Unproven in the U.S. Gabert has been a dominant force in international competition, but her foray into the US (in TNA) was unremarkable. She still has to prove that she’s more than a big strong woman. She need to show she can match wits with a Tessa Blanchard or keep up with a Kairi Sane. On paper, she’s got to be considered a favorite … but wrestling matches aren’t won on paper.

Summary: In order to win the Mae Young Classic, Gabert is going to have to show a stamina and resiliency we have not yet seen out of her. Everyone is going to be gunning for her to knock her out of attention. She has to prove that the size of her heart and fighting spirit is commensurate with her physique. 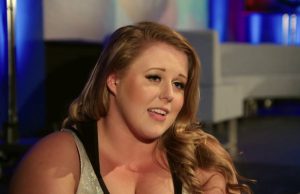 Bio: A lesser known entry in the field, Niven trained under Damian O’Connor and Mikey Whiplash and made her pro debut in 2008. A fans of Randy Orton, she adopted the name Viper as a tribute, though her brawling, roughhouse style proved to be much different than her idol, even earning her the nickname Big Van Viper at one point. She has collected several singles titles throughout the United Kingdom and made her SHIMMER debut in 2016 where she scored wins over Jessicka Havok and Heidi Lovelace, as well as a title shot against Madison Eagles. She also earned a title shot at STARDOM champion Io Shirai in January.

Style: A brawling juggernaut. Deceptively quick and agile, she tends to batter down opponents with strikes, splashes, sentons, and avalanches. Anyone who draws Niven is going to be in for the fight of their life and they’re going to walk out of the ring battered and bruised.

What to Watch For: Surprises. Niven can move. Suicide dives or moves off the top rope aren’t out of the question. Even though she usually has a size advantage over her opponent, don’t expect her to stand in the middle of the ring and rely on power alone.

Biggest Strength: Pure strength. The harder Niven hits, the better her chances of winning the tournament. She’s going to use all of her 200-plus pounds to her advantage.

Summary: Nevin is a talented and entertaining wrestler, but the tournament format doesn’t suit her strengths. Had she been brought up and been given the Nia Jax treatment (winning several one-sided matches to show her strength), she could become a major player. But against such a diverse group of skilled competitors, she’s not likely to look as dominant as Jax did, which lessens her chances of catching the imagination of the fans (and the front office). 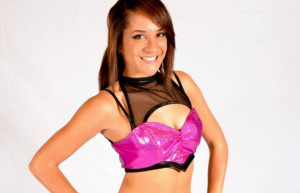 Bio: The East Auckland, New Zealand, comes into the Mae Young Classic fresh off a successful SHIMMER tag team run with Heidi Lovelace (Ruby Riot). Kai is coming up on her 10 year anniversary in the ring and has faced a wide variety of competition from around the world, including her runs in SHIMMER and STARDOM. She is a former PWWA (Australia) champion and former Artist of STARDOM (trios) champion with Kellie Skater and Hiroyo Matsumoto.

Style: The captain and founder of “Team Kick” is known primarily for her repertoire of vicious kicks, including her vaunted parabola kick, as well as Kawada-style shin kicks, roundhouses, and front kicks. Primarily uses kicks and other strikes to set up a Go To Sleep variation (using a shin kick instead of a knee smash) or a double foot stop off the top rope to put opponents down for the count. Small in stature, she is an absolutely explosive and charismatic competitor.

What to Watch For: Kicks, and lots of them. But, more than that, Kai is one of the best pure babyfaces in the game. Her ability to sell and rally the crowd behind her is unparalleled. She will likely establish herself as an early favorite and will likely be one of the most buzzworthy competitors in the field.

Biggest Strength: Charisma. Kai could very well become the next Bayley in terms of WWE success. Her striking offense looks terrific, but her ability to connect with an audience cannot be overstated. The WWE main roster is in her near future.

Biggest Weakness: It’s a bit nitpicky, but if we have to identify one weakness in Kai’s game, it might be her promo ability. She comes off as the girl-next-door, which worked wonders for Bayley. But she doesn’t carry herself as being someone larger than life, which is a trait WWE rewards. She’s going to have to be more vocal to stand out from the pack.

Summary: When Evie made her SHIMMER debut in 2013, the backstage buzz was that Americans fans were seeing their first look at a future WWE women’s champion. She’s on pace to make that hype a reality. The Mae Young Classic could be her launching point, and she’s certainly a favorite to win it all. But even if she doesn’t win, we’re confident that she will become a major player in NXT and WWE in the coming months.