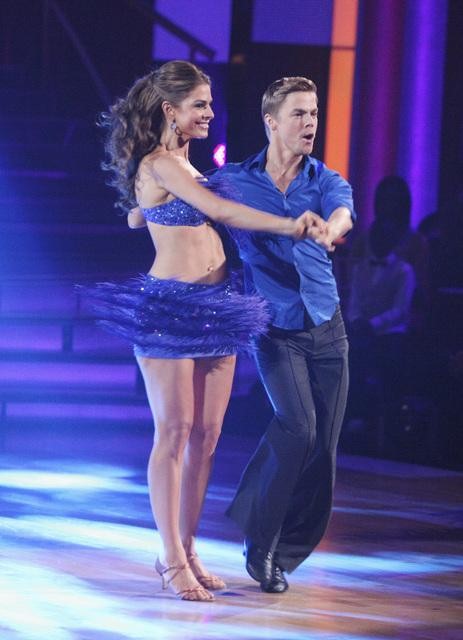 WrestleMania celebrity starlet Maria Menounos danced on last night’s episode of Dancing with the Stars on ABC, despite suffering two broken ribs in training for the show.

Menounos scored a 25 from the judges.

Us Weekly reports Maria as saying that her injury “could take months” to heal, but she’s “having shots and taking calcium and other vitamins.”

Speaking to the tabloid following her performance, Maria gave an update on her rib injury, saying: “The doctors said they can feel the bone growing and it’s a good sign. The doctor told me to rest but I said there is no way I can quit. I have been just doing the best I can. ”

It remains to be seen whether she might be pulled from Sunday’s WrestleMania 28 match in Miami, Florida. It’s possible that she could just stand ringside while tag team partner, Kelly Kelly, does the heavy lifting in the advertised Divas match.

Menounos and Kelly are due to face Eve and Divas Champion Beth Phoenix.