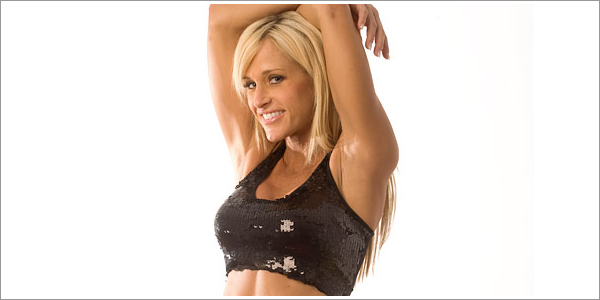 If there were a “Page Six” in WWE Magazine, the frivolous relationship between Michelle McCool and The Undertaker would be the WWE equivalent of Brad & Angelina. Michelle’s big push, uncoincidentally, came at a time when word spread that she was dating ‘Taker. Not to detract from her talent, because I do think she has really come into her own over the past 6 months on SmackDown! but the fact is, if it were not for her personal choices, she wouldn’t have received that initial push by WWE and go onto SmackDown!’s top Diva. I do think she has worked hard, it’s a mixture of both WWE pushing her and her taking that ball and running with it.

Michelle wasn’t on the broadcast – but her luvah – Mr ‘Taker, was. Last night at One Night Stand, the Undertaker’s career “ended” when he was defeated by Edge in a TLC match. Of course, this is WWE and it doesn’t actually mean he’s leaving WWE… I fully expect him to pop up on RAW in the near future, probably during the Draft. And where ‘Taker goes, so shall Michelle. What do you think of this development? Michelle to RAW – yay or nay?