Money in the Bank Rewind: Two Title Matches, One Night (2010) 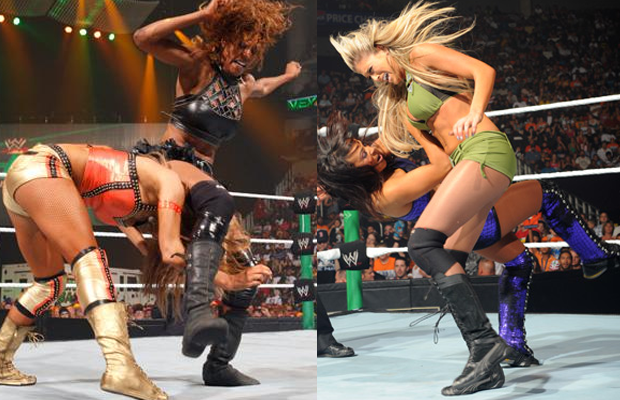 Leading up to tomorrow’s Divas Championship match between AJ Lee and Kaitlyn, we’re taking a look at Diva matches from past Money in the Bank Pay-Per-Views.

This time, we’re heading back to 2010, when we witnessed a rare occurrence: both the Divas Title and the Women’s Title were defended in one night.

In the first match, Alicia Fox defended her Divas Title against Eve Torres:

Later in the night, Layla defended the Women’s Title–of which she was a co-holder–against Kelly Kelly. Michelle McCool and Tiffany provided backup in either corner:

Which match did you prefer?