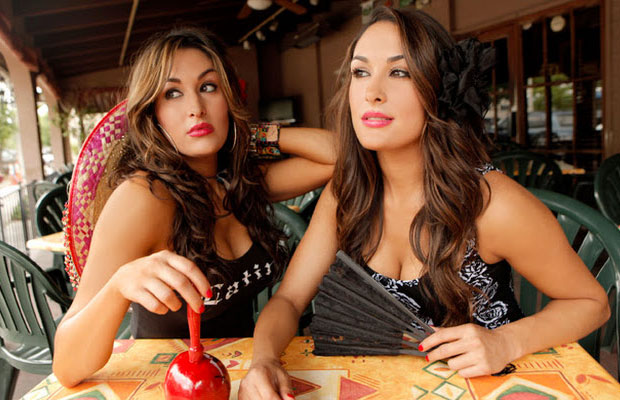 ‘Confessions of a Womanizer’, featuring WWE Superstars Nikki and Brie Bella, has been announced to hit theaters Friday, October 14th!

The movie, which stars Andrew Lawrence – the voice of Theodore J. ‘T.J.’ Detweiler from Recess – tells the tale of a modern, womanizing man overcomes his past demons and proves that his sexual way go much deeper than believed. The official synopsis can be seen below:

Ritchie is the epitome of everything wrong with modern man: a pompous, foul-mouthed idiot, driven only to get the latest girl-of-the-week. But something changes after his first real relationship that includes Ritchie’s two favorite things: frequent condomless sex and freshly baked cookies. Through his “confessions,” we learn his womanizing goes much deeper, fueled by a scar caused years ago, among other wounds. And who best to bring these psychological wounds to the surface? Ritchie’s new best friend – a transgendered prostitute named Ginger. Supported by a hilarious cast including Andrew Lawrence, Gary Busey, C. Thomas Howell, Jillian Rose Reed, Andrew Caldwell, Kelly Mantle, and The Bella Twins.

The movie is currently playing in select theaters in Los Angeles, New Jersey, Chicago and Houston. Full details and tickets can be found on the official website. More dates will be added if ticket sales prove to be in popular demand.

In case you weren’t interested in the film just yet, below is the full trailer:

You may have first heard of the project on the season three episode of Total Divas titled ‘Paint the Island Red’ where Nikki attended the movie premiere with her boyfriend John Cena.

‘Confessions of a Womanizer’ currently has a score of 8.1/10 on iMDB and has received some lukewarm reviews.

Will you be seeing the movie this weekend? Let us know your views in the comments below!