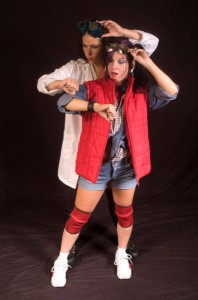 The “Regeneration X” duo of Allison Danger and Leva Bates have been added to next month’s SHIMMER tapings.

So far, they’re the third tag team to be added to the list of talent that will be appearing March 17 and 18. The other names are the SHIMMER Tag Team Champions Ayumi Kurihara and Ayako Hamada, and “The Canadian Ninjas” Nicole Matthews and Portia Perez.

“The Rate Tank” Kellie Skater will also be joining them as a recently announced name. Skater will be fresh off a three month tour of Japan and a quick visit to Canada for Femmes Fatales VIII.

The RINGSTARS blog has announced that Courtney Rush is headed to Japan for the first time ever!

She’s headed there to wrestle for Universal Woman’s Pro Wrestling REINA but will take part in other events. No word thus far what the other events will be.

So far, her first announced match is against Aki Kambayashi for the TLW World International Championship on February 25 at the Edogawa Tobu Friend Hall in Tokyo, Japan. 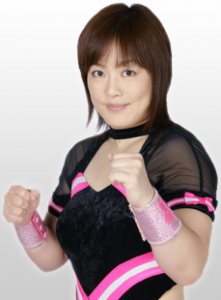 Emi Sakura appeared at a JWP show on February 12 and announced what her post-Ice Ribbon plans are. Sakura says she’s going to open an Ice Ribbon-esque women’s wrestling promotion in Thailand.

Sakura left Ice Ribbon in January 2012 after citing ‘personal reasons’ as her decision for leaving. Her final match for the promotion was in a loss to Tsukushi on January 7. She made her first appearance as a freelancer the very next day at Bull Nakano‘s retirement show, teaming with Meiko Satomura and Nanae Takahashi against Ayumi Kurihara, Tsukasa Fujimoto and Yoshiko.

Check out the results from the JWP show here, but note that they are written in Japanese.

Speaking of Ice Ribbon, they are holding a tournament to find a tag team partner for Manami Toyota on their March 20th show. The show will take place at the legendary Korakuen Hall, and Manami and her mystery tag partner are scheduled to wrestle Tsukasa Fujimoto and Tsukushi for the International Ribbon Tag Team Championships.

Also announced for the March 20 show is Hamuko Hoshi and Kayoko Haruyama vs. Mochi Miyagi and Nana Kawasa.

The ‘Manami Toyota Tag Partner Tournament’ will begin February 18 and end a week later on February 25.

Kurumi will take on Matsumoto and Narumiya will do battle with Nitta.

Hikaru Shida will also be back in action after missing last week’s show due to a back injury.

On February 10, the team of Dark Angel (Sarita), Estrellita and Goya Kong defeated Amapola and “Las Ladies de Polanco” of Princesa Blanca and Princesa Sugei in a Two Out of Three Falls Match at the Arena Mexico in Mexico for CMLL. 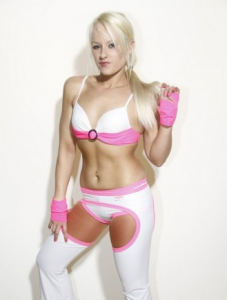 We’re hearing that the EPW India tour featuring Australia’s Niki Nitro and UK’s Erin Angel has been postponed due to political unrest in Mumbai, making it too dangerous to travel at the moment. Although the cancellation of the tour is unfortunate, hopefully this frees up Angel to appear on the Pro Wrestling: EVE iPPV on February 18.

Melanie Cruise is set to defend her Resistance PRO Women’s Championship against Sassy Stephie this weekend in Chicago, IL.

Portia Perez vs. Sweet Cherrie has been announced for the NCW Femmes Fatales VIII show to take place on March 10 in Montreal, Canada. This is the third match in their series.

In the Amazones and Titans mixed tag-team tournament last August, the team of Portia and Handsome JF defeated the team of Cherrie and Pat Guenette. Then, in October, Tomoka Nakagawa got the win in a triple threat that also involved Perez and Cherrie. Now, facing off for the third time, who will pick up the victory? 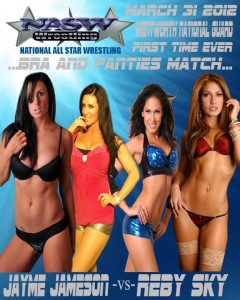 Reby Sky will take on Jayme Jameson in a Bra and Panties Match on March 31 for National All Star Wrestling at the National Guard Armory in Reidsville, NC.

This is not the first time the two have wrestled – they wrestled only two weeks ago on January 28 for Mid Atlantic Championship Wrestling. I believe they also filmed a match for Lucha Libra USA which has yet to air.

In other Reby news, she’ll be taking on Spyra Andover and Brittney Savage in a triple threat on March 9 for Pro Wrestling Syndicate in Rahway, NJ. The special guest ring announcer will be TNA Knockout Angelina Love and the special guest referee will be Shelly Martinez.

Leilani Kai and Molly Holly are two of the VIP names you can meet WrestleMania weekend for WrestleReunion 7 in Miami. Vendor guests include TNA Knockout Mickie James, Maria Kanellis, Jillian Hall, Shelly Martinez, and the just announced Torrie Wilson. If you’re heading to WrestleMania, then this may be worth also checking out! 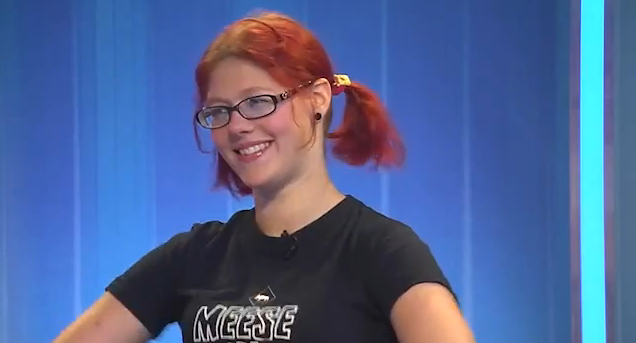 Ireland’s Rhia O’Reilly was once against a guest on The Slam’s talk show. Check out the interview below: