Nikki Bella Talks Relationship With John Cena, How He Asked Her Out & Getting Breast Implants 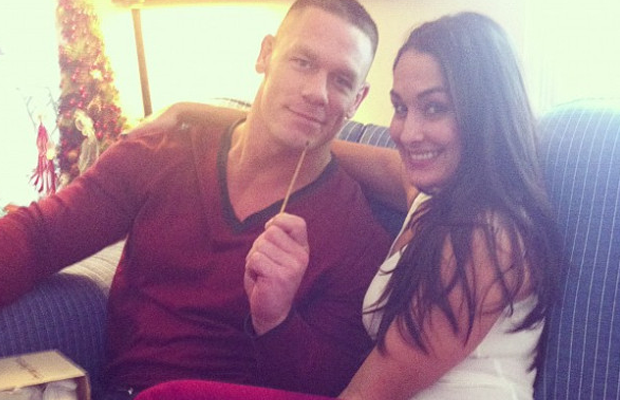 Nikki Bella recently sat down with TribLive Radio to discuss Total Divas, her relationship with John Cena and her own personal “Twin Magic”.

The former Divas Champion was asked about Total Divas, and she revealed when filming started.

“We started WrestleMania week. Basically, they are going to show our lives inside and outside the ring. You’ll have drama, you’ll have rivalry, you’ll get to see our personal relationships and you are also going to see backstage WrestleMania and never before seen footage of that so that alone is going to be extremely exciting,” Nikki reveals. “I’m just very excited to show the world my life.”

An all-access look at the Divas means nothing is off limits on Total Divas, including Nikki’s high profile relationship with WWE Champion John Cena.

She said: “You will definitely see John and I on the show. You will see us just how we are in our every day lives together so I think the world has been awaiting that. People will finally get to see it and I’m exciting to share it.”

Nikki also reveals for the first time how she and Cena really became a couple.

“The first opening line was, ‘Hey, do you want to go to dinner with me?’ and I was kind of like, ‘WHAT?! With me?!’ When you’re friends with John for so long… It just kind of started out like a dinner date and I have to admit we were friends for so many years but then when you make it romantic, I couldn’t even say a word to him,” Nikki said.

“My face was like on fire. Brie kept teasing me, calling me ‘Hot Cheeks’, and I was like, ‘Brie, shush!'”

She said: “On my time off I went and got my own set of ‘Twin Magic’. If the Bella Twins weren’t enough, I wanted my own twins. ”

Listen to the full interview below:

Are you excited to see another side of John Cena on Total Divas?