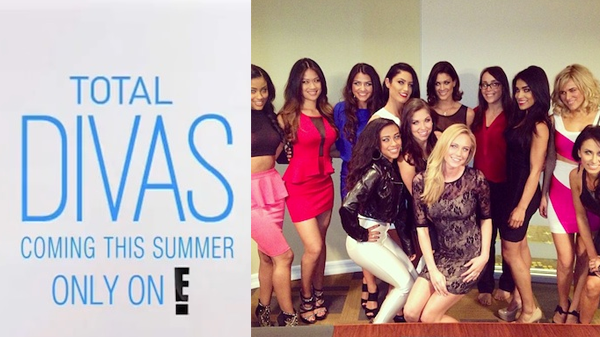 Since we first learned about Total Divas–an E! reality series showcasing the Divas–speculation about it has been rampant.

Two new rumors, reported by the Wrestling Observer Newsletter, connect the show with two recent Diva news stories: the recruitment of new Divas and the axing of a WrestleMania 29 match.

Back in March, it was reported that several Diva hopefuls were training at NXT, even receiving guidance from former Diva Eve Torres. At the time, it was unknown what they were training for, but a popular guess was for the resurrection of the Diva Search.

Now, rumor has it that the original plan for Total Divas saw the entire show consisting of these Diva recruits. However, as only two of them–Natalia Eva Marie and Jo-Jo Offerman–were chosen to receive developmental deals, the WWE decided to fill the rest of the spots with current Divas, selecting Brie and Nikki Bella, Natalya, Cameron and Naomi for the job.

Secondly, the WrestleMania 29 Divas match that never was–the Eight-Man Mixed Tag Team match pitting Brodus Clay, Tensai and the Funkadactyls against the Rhodes Scholars and the Bellas–may have never actually been in the plans at all. According to reports, the match was booked with the intention of scrapping it mid-show and catching the drama on camera for Total Divas.

The match eventually took place during Raw, but the disappointment was palpable, the Bellas tweeting sad but reassuring messages to their fans.

Early footage from Total Divas showed Cameron and Naomi backstage at WrestleMania, presumably upset upon hearing news of the match’s cancellation. That part of the promo certainly caught the viewers’ eyes, so it’s not inconceivable that this was a bit of drama manufactured by E!. This is the network that airs Keeping Up With the Kardashians, after all.

Would you have preferred to see an all-rookie cast on Total Divas?