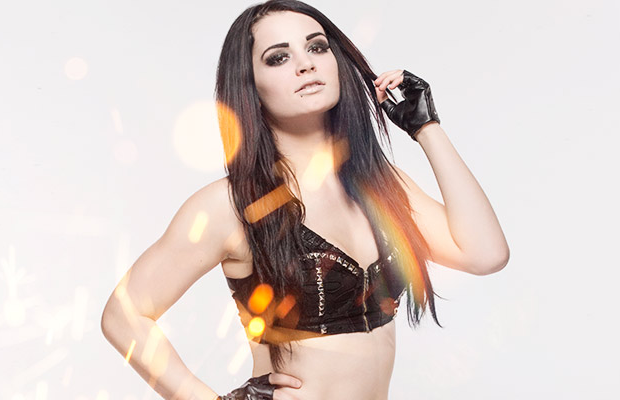 Former Divas Champion Paige recently spoke to the Turnbuckle Weekly show, addressing a few hot topics in wrestling: the next season of Total Divas, AJ Lee‘s status and the lack of opportunities given to main roster Divas.

Paige confirmed her involvement with Total Divas season four, which begins filming soon. She says Brie Bella, Natalya and Nikki Bella will definitely be returning and expresses her hope that her fellow “Three Amigas” Alicia Fox and Rosa Mendes will be joining them.

Addressing AJ’s WWE status, Paige “believes” AJ is just resting up, saying, “You know, some people just need a break to rest up. It happens to all of us. You get tired or rundown or you just need your body to rest up.”

She also commented on the lack of opportunities Divas are given on the main roster, explaining, “If we get given the time, a lot of us could be better than the guys, I feel like….The guys get all the time to showcase what they can do, so of course people say, ‘The guys are better than the girls.’ We do a couple minutes and that’s it. We don’t really get to showcase what we do.”

When asked why the Divas are given such little time to wrestle on television, Paige confessed that she “doesn’t know,” but reasons that the top guys need to be given time to cut promos to advance the top-level storylines.

You can listen to the full interview on Baltimore.CBSLocal.com.