Payback Rewind: Kaitlyn vs. AJ Lee for the Divas Title (2013) 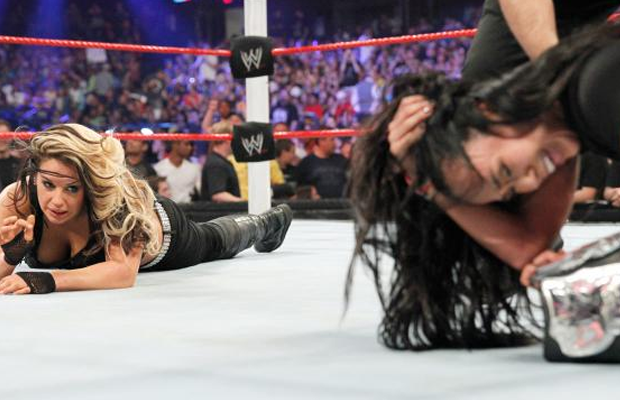 Leading up tonight’s Payback event, we’re taking a look back at memorable moments from the history of the Pay-Per-View.

Today, we’re going to take a look back to 2013, when Divas Champion Kaitlyn took on former Chickbusters colleague AJ Lee.

After weeks of playing secret admirer mind games with Kaitlyn, the time had come for AJ to square off with her former BFF. Kaitlyn had put on a strong showing as a fighting champion but it was AJ’s chance at locking her Black Widow submission that would seal Kaitlyn’s fate. Kaitlyn would tap out to AJ’s finisher hold, giving AJ the win to become the Divas Champion for the first time in her career.