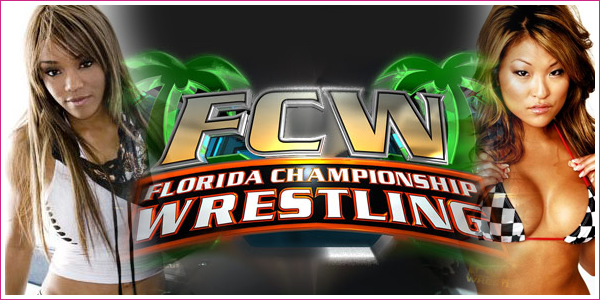 The Divas of FCW wrapped up their Queen of FCW Tournament. If you saw the spoiler that FCW provided us, well, you weren’t let down! Check out the final matchup between Angela Fong and ECW’s Alicia Fox, with Rosa Mendes as the special guest ring announcer.

In all honesty, I thought this matchup was amazing. It was a great length, more than the typical 5 minutes (or less) that the Divas on Raw or SmackDown are allowed and it is very clear that both Alicia and Angela have a great chemistry with each other in the ring. Their movesets are very unpredictable, especially Angela’s, and it really made me want to see more. Divas like Kelly Kelly, as much as I am a supporter of her, have such a predictable set of moves that they use over and over in every single match. Kelly always does her handspring flip into a back elbow as well as the back flip reversal when one leg is caught; to me, it just makes her look stale over time. But in this match, the back and forth countering Alicia and Angela did with the Matrix style flips really blew me away. It made me wonder why these Divas are not given the chance to shine while less talented Divas who haven’t mastered in-ring technique are given regular TV time. At the end of the match, it looked as though Alicia was really crying and it showed me just how much drive and passion she has for this business. The commentating by Rosa Mendes was also well done as Rosa stayed in character while delivering a lackluster introduction of Angela Fong since Angela beat her in an earlier round of the tournament. I really hope that Angela will finally get her big break and be called up to the WWE roster. She’d fit right in on Raw or ECW as she’s already got two great rivalries brewing with Alicia Fox and Rosa Mendes. I wouldn’t, however, like to see her on SmackDown as I think she would end up looking like Gail Kim Version 2. Unfortunately, there wasn’t an FCW Championship belt introduced as we were all hoping, but nontheless, this had to be one of the best Divas matches I’ve seen in a while.