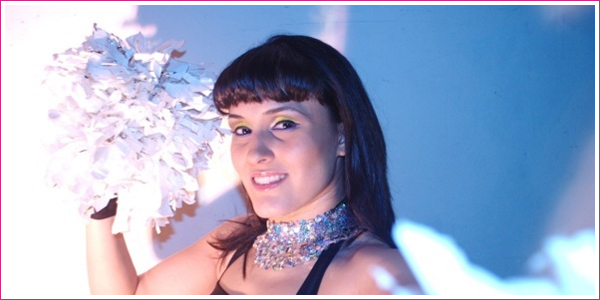 Looks like we could be seeing the last of Kong’s Syrian cohort in TNA. According to our partners at the WrestlingÂ Globe Newsletter, TNA isÂ dropping the ‘burkha babe’ character soon. Raisha Saeed, real name Melissa Anderson, will beÂ taking on the persona of ‘FutureÂ Legend’ Melissa Flash.

Just hazarding a guess, Flash will be somewhere along the lines of the beloved ‘Cheerleader Melissa‘ character. Anyone who has seen Melissa’s SHIMMERÂ matches can attest to howÂ smashmouth and hard-hitting she can be and is probably salivating for her debut. Well, you have a long wait ahead. In three weeks time, Flash will have her official debut against fellow newcomer, Sarita on Impact.

Personally, I never cared much for Raisha Saeed as aÂ character, so I’m glad to see her go. Especially if the trade off is Cheerleader Melissa.Â Melissa, along with Sarita, could be serious contenders for the Knockouts title in the near future. Just inÂ case you’re not familiar withÂ Melissa (Shame on you!), here’s a little taste of what sheÂ can do: