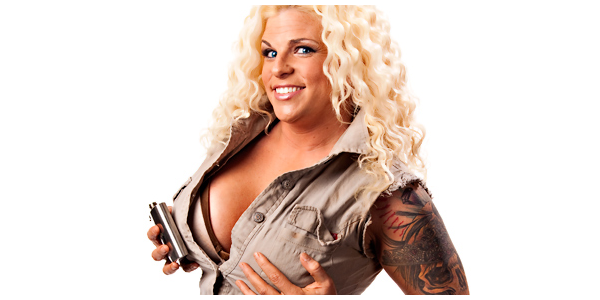 Fans have been questioning ODB‘s whereabouts ever since the Knockout disappeared from television over a month ago. Her absence, according to WrestlingNewsWorld.com, is due to a ruptured breast implant suffered earlier in the year.

Apparently, she put off surgery until after the Genesis PPV, where she dropped the Knockouts Championship to Tara. A date for her return is not yet known, but she did work a show over the weekend, so that could indicate that she may be ready to grace the Impact Zone again. I would say get well soon, but it seems as though she already has!

Breast implant ruptures seem to be a work-related hazard, as far as Mickie James, Gail Kim, and even Chyna are concerned. It seems like those things need to be reinforced with titanium, lest we have an epidemic on our hands.