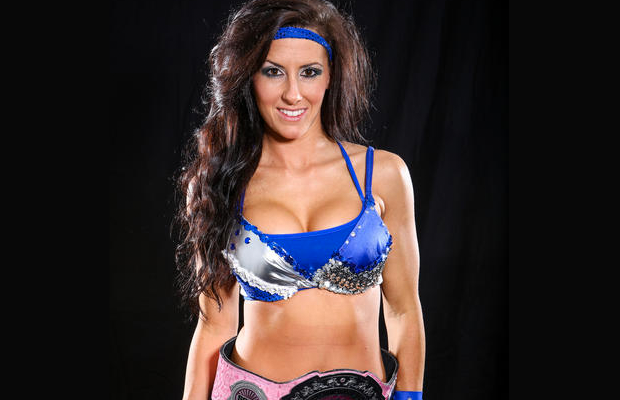 TNA has officially confirmed the signing of indy star Santana Garrett, making the announcement in an interview on ImpactWrestling.com.

Santana, now going by the name Brittany, answers questions about her background and how she will factor into the Knockouts division.

What makes her perfect for the division?: “The Knockouts Division is the absolute best women’s wrestling division in the world, and that’s what I strive for. It’s not about just their beauty but how well they fight. I’ve put in the time and effort whether in the gym or training in the ring, and I am determined to be the best. I truly believe this is my time to prove it to the world that this is exactly where I am supposed to be and this is exactly what I was meant to do!”

The Knockout she looks up to: “One Knockout that I really look up to is Madison Rayne. Look at her history… it says everything about her. We share a lot in common on our career path and now I get to follow in her footsteps. I hope to prove myself the same way she did.”

New first broke about Santana’s signing back in January. Prior to that, she appeared on an episode of NXT and at TNA’s Knockouts Knockdown Pay-Per-View.