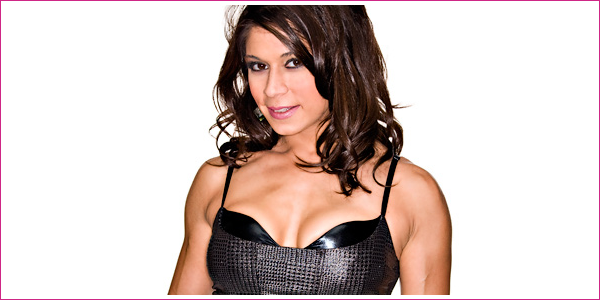 One half of the now former Knockouts Tag Team Champions, Sarita spoke to the Miami Herald about the company’s upcoming Genesis pay per view this Sunday as well as last Monday’s live episode of Impact.

Interestingly, one of the points discussed is how the Knockouts division will fit into the new era of TNA [the Hulk Hogan era], and whether they will still play a big part of the company and flagship show, Impact:

“I certainly hope that women continue to be a big part of the show. We have proven that we are an attractive part of the show and have consistently put on good matches.”

Sarita also talks about the stellar tag team match between herself, Taylor Wilde and Awesome Kong & Hamada on the live three-hour Impact:

“It was really an honor to be able to wrestle on such a historic show, going up against two of today’s best wrestlers. The atmosphere was electric.”

“The Impact Zone was more energized and enthusiastic than I had ever experienced it before.”

“I think it was probably the most important and publicized show I’ve wrestled on. It’s easy to forget how big and worldwide the audience truly is.”

“I know that all of us felt the responsibility to go out there and really tear it up. I think women wrestlers proved a long time ago that they can wrestle well on a big stage, but hopefully the four of us helped to cement that idea.”

Going forward, a point of interest [for me anyway] will be how much time the Knockouts get on Impact, as over the past year or so their roles have gotten bigger with two segments per show. Looking at tonight’s broadcast, there will be just one segment but we’d really have to look towards next week’s tapings to see just what the direction will be.