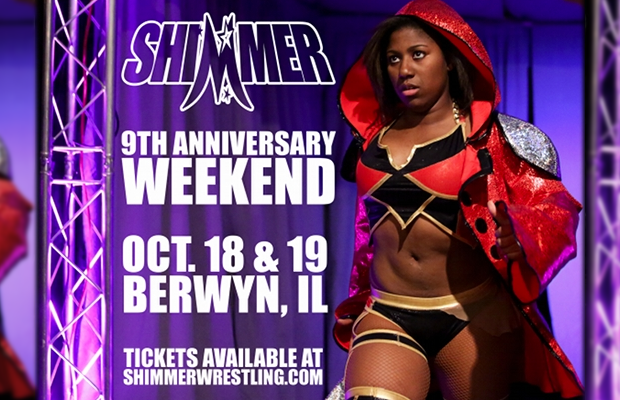 Today, SHIMMER will be taping matches for volumes 69 and 70 at the Berwyn Eagles Club in Berwyn, Illinois. Results below, courtesy of @ShimmerDownMeow on Twitter:

Matches from volumes 69 and 70 will be available soon on DVD and ClickWrestle.