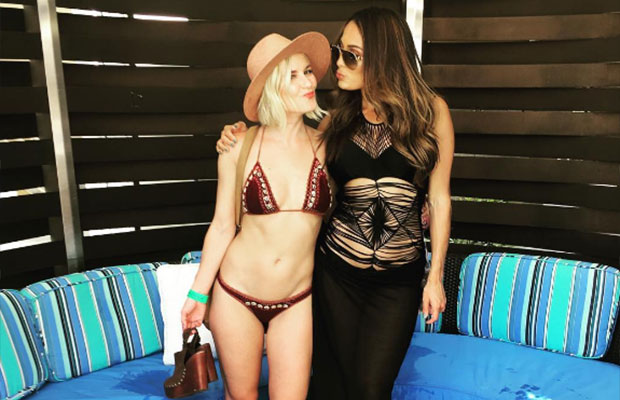 A little late but throw back pic to May 22 2008 Toronto Sunshine girl. To be young again! pic.twitter.com/Q7YL3Y57WC

Santana Garrett had some fun at an autograph signing this weekend with some of her fans:

NXT’s Alexa Bliss jumped on the throwback bandwagon and posted this photo of herself as a child:

The Lady Warriors of I Believe In Wrestling posed for this fantastic photo after their show on Saturday:

NXT’s very own Nia Jax also celebrated her birthday this week. Some of our favourite women of the squared circle, such as Aliyah and Alexa Bliss took to social media to send her their love:

In celebration of Memorial Day this past Monday, some of the women wrestlers we adore showed their respect on social media, including the wonderful Summer Rae and Charlotte:

We may not know them all but we owe them all. ?????? #thankyou #memorialday pic.twitter.com/tAqaJ5yC1q

Thankful for every brave American soldier who faithfully gave everything even their LIVES. God Bless you all ?? pic.twitter.com/cRwZftn2IO

The Queen of Harts Natalya spent some time throughout this week reminiscing on the times she got to spend with her husband Tyson Kidd and his tag partner Cesaro on the road with WWE:

Nikki Bella began teasing her return this week on Twitter:

Nia Jax took to Facebook to show us how she has prepared to face Asuka for the women’s title at NXT TakeOver: The End on June 8:

Brie Bella spent some quality time with Jose and her husband Daniel Bryan:

The beach was cold but SO beautiful!

I think my girl @NatbyNature can handle herself, but she knows I always got her back #DeservesTheTitle https://t.co/bOnj8wOBWx

Former WWE Diva Cherry was seen posing with Natalya in this wonderful selfie:

The Princess of Staten Island Carmella had some fun face swapping her face with her best friend Bayley:

Sasha Banks spoke at the Event & Arena Marketing Conference about the women’s revolution and took some time to pose for some pictures:

Some of the participants in the Lucha Libre World Cup attended its media day on Thursday:

Former NXT Women’s Champion Bayley had some fun at a bar with Shinsuke Nakamura and Danilo Anfibio:

Another throwback photo was posted this week, and it was of none other than the queen of social media, Natalya:

Sienna tweeted out a picture of herself with Santana Garret and Cheerleader Melissa posing with a prize for the Lucha World Cup:

Bayley also took to Twitter to hype up her match against Daria Berenato at NXT Evansville.

The Bella Twins and Renee Young had some fun in Vegas as they posted some great photos and videos on Instagram:

Had a blast today doing many desert activities with @reneeyoungwwe @thenikkibella ????

Due to a travel delay, Natalya had some oysters and coffee with her good friend Titus O’Neil:

Travel delays, oysters & hot coffee! No one I'd rather share the moment w than @TitusONeilWWE! ????? #WWEOdessa pic.twitter.com/LT4Qi3aoc8

New t-shirts were released for the likes of Sasha Banks and Becky Lynch this week on the WWE Shop:

National Doughnut Day swept the nation and a few of our favorite women wrestlers were extremely pleased to celebrate, particularly Eva Marie:

I mean it's only appropriate on #NationalDonutDay to wear my #Donut bikini ??? @savageswim pic.twitter.com/YRkGkxVD6v

The A-List Diva Melina had some fun with her mother on a hiking trip earlier this week:

The Blossom Twins had some fun at Disney’s Magic Kingdom this week as they video blogged their time on their YouTube channel:

Brooke Adams is clearly enjoying her life as a pregnant soon-to-be mother:

24 weeks and 5 days to be exact. I know I’ll miss this moment in my life once it’s over ? #fitpregnancy #maternity pic.twitter.com/Bbt16NfyFZ

The Total Diva Eva Marie spent some downtime with her niece this week:

Nothing like getting to see my little #liviboots ?? #Family #Love #Niece

Melina let us take a peak at this photo from months before her WWE contract signing:

This Flashback Friday pic was taken months before I got a contract with the WWE in 2003. pic.twitter.com/5AQZJ1Nd4V

Natalya and Emma had a cute double date night with Tyson Kidd and Zack Ryder that we can’t help but adore:

The Lass Kicker Becky Lynch managed to catch some of Charlotte’s hair in her boots this week:

Snatched a lil souvenir from @MsCharlotteWWE … I can meet you in the ring again if you want it back? #smackdown pic.twitter.com/NbRZTXLGeP

And, lastly, after making her return to WWE television on Main Event, The Boss Sasha Banks had some fun at Wizard World this week with her fans:

@SashaBanksWWE nicest person in the world and an awesome wrestler Thanks for being so cool and coming to comic con! pic.twitter.com/rJgIKSIqou