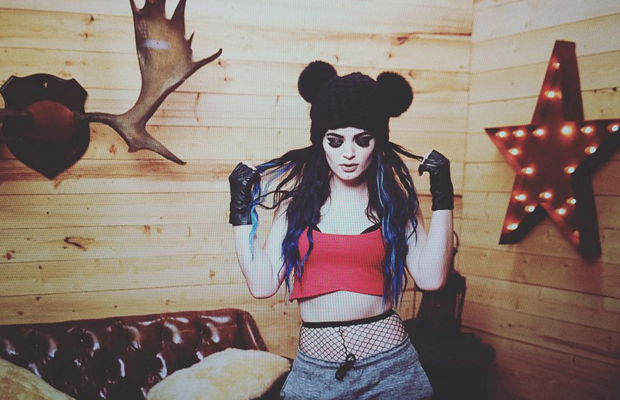 Team B.A.D. don’t discriminate: they’ll mock every Diva equally. This week, the dangerous trio of Naomi, Sasha Banks and Tamina Snuka took time to rub salt in the wounds of the fledgling Team PCB and Team Bella. The secret to their success? We’re guessing it has something to do with UNITY!

Paige was certainly missing her Total Divas cast mate Brie Bella earlier this week when she found herself practically drowning in hippy aesthetic. We’re willing to bet that, if you could peek inside Brie’s subconscious, it might look something like this:

TakeOver: London victors unite! Before the big show on Wednesday, NXT Women’s Champion Bayley and Asuka teamed up during a NXT live event in Nottingham. This is one alliance we’re dying to see on TV:

Such an honor teaming with Asuka last night. Night 6/7 tonight! #NXTCardiff, are you ready? ? @asukawwe

From TakeOver victory, to TakeOver defeat… Emma and Dana Brooke may have been one-upped by Asuka at the big show, but at least they looked damn good doing it. Here, Emma showed off her cool-as-can-be look, sunglasses, gloves, black lipstick and all. Who knew being bad looked so good?

What a night in London… I love wrestling! #NXTTakeOver #EMMAlution #NXT #WWE

Hey, covergirl! Divas Champion Charlotte graces the cover of the newest issue of Muscle & Fitness Hers, which hits newsstands on Monday. Charlotte showed off the cover on Instagram. “Crush Your Goals”, indeed!

Couldn’t wait til this comes out on stands Monday! Had to share a sneak peek of my FIRST cover @muscleandfitnesshers with my amazing fans. #DreamComeTrue #DoItWithFlair I would have never imagined in a million years this is where I would be today…… Anyone who has a dream… Go for it.. Believe in yourself… & never ever stop working your ass off…….. I had a lot of friends and family support me along the way to make this happen……. Thank you ? #blessed Special thanks to @itsmslinda for the diet/workout plan ? ?

THIS is holiday cheer. We’re the Rhodes. We dress the heck up. @PrinceCGR #FamilyPride #HappyHolidays ?? pic.twitter.com/rkuuwhW1b0

A brand new holiday-themed Divas photoshoot is coming your way! Several Divas, including Paige, shared sneak peeks from the shoot this week on Instagram:

Former Total Divas MVP Sandra Gray may not be the WWE’s official seamstress anymore, but she’s still crafting knockout looks for Divas. Here, she showed off the latest outfit she created for Lana:

While on their whirlwind UK tour, Alexa Bliss and Bayley had the honor of meeting NXT’s oldest fan: 86-year-old Esme Pritchard. Talk about girl power!

.@itsBayleyWWE & @AlexaBliss_WWE met Esme Pritchard prior to #NXTCardiff! At 86, she is the oldest fan in the UK! pic.twitter.com/C2aNWWEtNI

Victory is sweet! After her big win at NXT TakeOver: London, Bayley was joined by none other than WWE COO Triple H, who congratulated her on retaining the NXT Women’s Title and paid her a huge compliment:

@itsmebayley continues to grow as a performer and an individual. It was truly a pleasure to watch you perform tonight at #NXTTakeOver. @wwenxt