Something We Missed: Ayako Hamada’s Debut Set [For Real This Time] 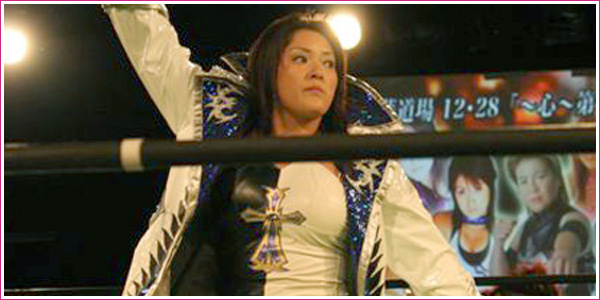 Looks like we missed out on some exciting news this time last week, as Jeremy Borash tweeted about one Ayako Hamada. The newly signed Knockout is set to debut after this Sunday’s Hard Justice pay per view.

Expect the Knockouts Division to get more physical with the arrival of “Hamada” from Japan. She will be starting after the Hard Justice PPV

That would put Hamada’s debut over the course of the three day Impact taping which runs from Monday-Thursday night.

In bonus Knockout news, Christy Hemme‘s return to TNA airs tonight on Impact as does the second women’s fatal four way of the week.