STARDOM Europe Events Set for Spain and the UK This Weekend 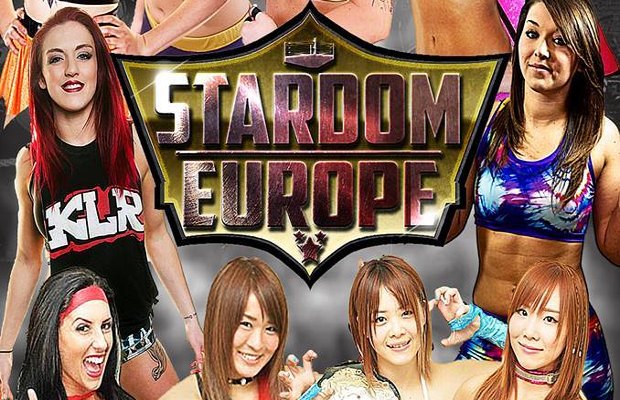 One of Japan’s hottest women’s wrestling promotions will venture to European shores this weekend.

STARDOM are to hold European shows in Barcelona, Spain and London, England on May 21st and 22nd respectively, promising a unique blend of talent from Japan, the UK, Germany, Mexico, Spain, the US and New Zealand. Talent announced include Alpha Female, Io Shirai, Kay Lee Ray, Nixon Newell and Santana Garrett.

The UK event is billed as a “very special TV taping”, and the card can be seen below.

Diva Dirt will be on-hand for the London show, so keep an eye out this weekend for results.

More information on the Barcelona and London events can be found by clicking the respective location links.