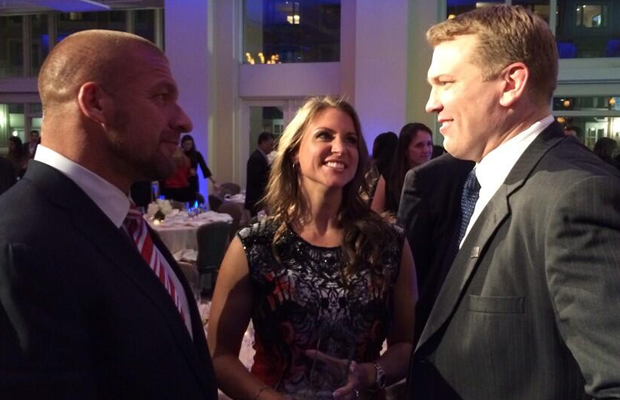 The Sports Legacy Institute, co-founded by former WWE Superstar Chris Nowinski, honored the WWE with its Impact Award, citing the WWE’s efforts toward increasing the safety of its wrestlers in the wake of the Chris Benoit murder/suicide, including banning chair shots to the head and requiring performers to attend an hour-long talk by Nowinski on concussions.

According to a report from Newsday, the WWE also donated $1.2 million towards a research program to develop a cure for CTE, the brain disorder that affected Benoit towards the end of his life.

Stephanie tweeted about the honor, saying:

Thank you again @ChrisNowinski1 we are proud and honored to receive the @sportslegacy Impact Award for 2013. pic.twitter.com/x5gzH82KGo

To learn more about the Sports Legacy Institute, visit their official website.