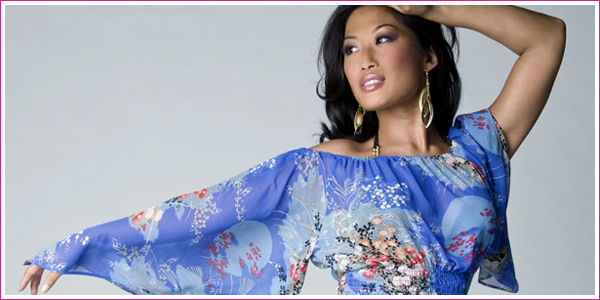 It’s been a few days since Lena Yada‘s not-so-shocking release and now the Wrestling Observer has released all the juicy details! And as many of you suspected, Lena was partly released because of the impending arrival of Gail Kim. Thanks to Lee for sending along the following:

Regarding the release of ECW backstage announcer Lena Yada, there are two reasons behind her departure from World Wrestling Entertainments (besides the cost cutting measure).

The company wanted to eventually use her as a wrestler. Though obviously athletic due to her time as a former top ranked professional tandem surfer, she had not progressed much as a wrestler. There were actually ideas tossed around to capitalize on her surfing background, but Vince McMahon nixed them immediately and the creative team got the message. This time last year, McMahon had to be convinced to sign her to a contract coming off her tenure in the Diva Search. The creative team lobbied for her, saying she had a unique look that stood out among your usual blond silicone Diva types. The lobbying paid off as she was signed to a deal and started on television at the start of 2008 — even before the official WWE debut of 2007 Diva Search winner Eve Torres.

Following the news of Yada’s departure from World Wrestling Entertainment, a number of fans speculated online that Yada was being let go as a result of the recent hiring of former TNA Knockout Gail Kim, who is of course Asian too. As it turns out, the speculation appears to be correct. According to one source, as soon as WWE signed Gail Kim (who is indeed under contract to the company), both Vince and Stephanie McMahon felt there was no reason to have Yada on the roster anymore since “they looked too much alike.”

I’m pretty shocked, to be honest. I guess I was looking through rose-coloured glasses, because I never thought that Lena’s release would have anything to do with Gail. That’s really sad and pathetic. It’s ironic that WWE jumps at the opportunity to hire cookie-cutter blondes that can’t barely be resembled from one another. Is Tiffany not just Kelly Kelly 2.0? I was never a fan of Lena, but that’s really unfortunate and as Lauren Conrad would say, extremely shady.