Sunny Comes Out of Woodworks with Scathing Attack on Lacey VE 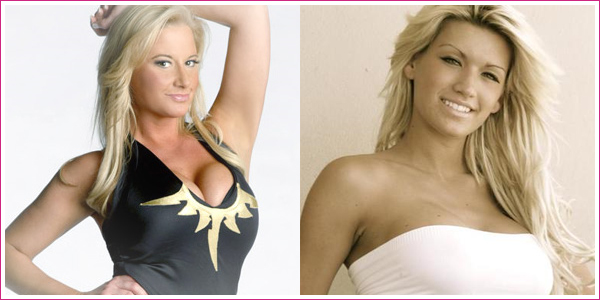 It is one thing to criticise someone’s work, but to bring up personal, emotional trauma that someone has suffered is disgusting. Read below:

“i mean, shes so bad, WWE fired her from developmental after 4 months… I thought TNA prided themselves on girls who could WORK!”

“hey, it’s not hard at all to LOOK hot…it’s a lot harder to know how to work”

“nope, not a single ounce of jealousy Tim…just wondering where the business that I grew up loving has gone. Talent just doesn’t seem to matter anymore”

“how can I be jealous of a disrespectful no-talent bimbo who is only in the business b/c she was born to a suicidal drug addict?”

“no personal issue with her…it just aggrivates me when some get jobs and dont deserve it, when there are plenty of girls out there with looks and talent who should have those spots”

“hey, I never relied on my looks for ANY job….think about it…I was one of the girls who was actually GOOD on the mike. I never said I was a wrestler…Im not. Never was. Never will be. do what I do for 20 years and you earn the right to critique the work of others…dont like it? Dont listen. Easy as that.”

“i agree.. Trish started a whole new era of women’s wrestling.,I tell her that every time I see her…You see, I gladly give credit where credit is due…. but Lacey doesn’t know how to handle herself in the ring, or out of the ring among her peers either…trust me, she’s not a popular girl, for more reasons than one.
Yesterday at 9:19pm”

“ok…so if Uncle Kevin says do it, does that make you good? If your uncle told you to be a plumber, would you be good at it?”

“no, ive seen her work on indies that Ive been on…there’s no helping that situation…she’s bad. Candice was better than her.”

“also heard she’s walking around the locker room like she owns the place… Just wait til Kong gets a hold of that!”

I feel badly for Lacey, in all honesty. There’s criticism and then there’s vitriol. All of the accounts from people who have worked with her are that she’s a young, naive girl in a cutthroat world of pro wrestling. She isn’t savvy to the industry & she doesn’t know how the politics work, I think it’s a case of ‘supply not meeting the demand’. There is a lot of demand for this girl right now [look at all the projects she has on her books: TNA, Wrestlicious, Hulk Hogan’s tour & a reality show] but she isn’t schooled well enough in the industry to be able to handle the responsibility. I don’t mean to sell her short, but that is the picture that has been painted by her peers. Instead of scolding her, it’s a shame that a veteran like Sytch doesn’t try to get in touch with her & provide positive criticism and mentor her.