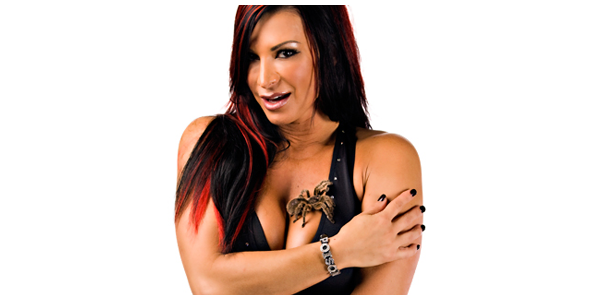 Former TNA Knockouts Champion, Tara has CONFIRMED that is leaving TNA next month on her MySpace page. The blog comes after a report in the Wrestling Observer Newsletter revealing that Tara — real name Lisa Marie Varon — may be leaving at the end of her contract, which expires on May 21st.

The Observer went on to claim that Varon had been complaining about her fellow Knockouts working stiff, amongst other things, hence this blog. Tara writes:

It appears that I’m winding down at TNA. Unfortunately some organizations “leak” information to wrestling websites to put their spin on a situation, to make sure they come out in the best light. Not me. I’m gonna say it. I’m gonna put my name on it. And I’m going to stand behind it.

I came to TNA last year because I still had a lot of wrestling left in me. I was paid a fraction of what I thought I deserved. But I wanted to show I was still at the top of my game. Now my contract is up in May. I want a modest pay increase. They don’t want to pay me what I think is fair. I have no problem going my own way.

But about 12 hours after the conversation where we didn’t agree on pay, unnamed sources claim that I am hard to work with and that I don’t give my best effort. My only response is that TNA made an aggressive effort to re-sign me, among other things saying that they want to build the women’s division around me. And I think wrestling fans see, both on TV and at live events, that I always give 100%. I take pride in that. Smearing me on the way out the door is an act of second rate character.

I take pride in making my best effort to elevate my own wrestling and the entire TNA Women’s Division. If people were rubbed the wrong way in the process, I stand behind my work and my positive intentions.

In closing I will say this. In the few weeks that I have left in TNA, I will be the same wrestler that you have seen for the past ten years. After that, I haven’t decided if I will stay in wrestling, or finally make the jump to MMA. I do have a lot of irons in the fire. We’ll see where life takes me. But wherever that is, there’s gonna be competition, and I’m gonna give it my all.

As always, Tara is a consummate professional and she knows that she has our love and respect. Good luck, Lisa.