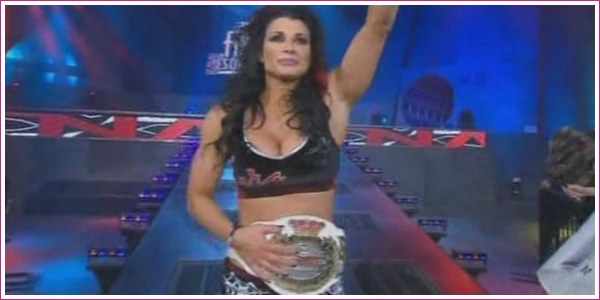 The culimination of a career-changing year has led to Tara becoming the Knockouts Champion just in time for Christmas.

The fairytale ending to Tara’s year occured just moments ago at TNA’s Final Resolution pay per view when she defeated ODB in the scheduled Knockouts match. Despite twice teasing the Widow’s Peak, Tara eventually won the match with a rollup.