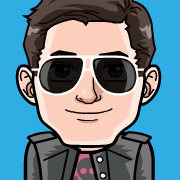 Favorite movie: I’m not a huge movie buff, but I’d have to say Titanic. I’ll never let go, Jack. She totally had room on that door.

Favorite TV show: I’m not much of a TV buff outside of wrestling either. My guilty pleasure is General Hospital. Don’t judge me! Judge Judy and Wendy Williams are also the queens. Occasionally I’ll catch an episode of Real Housewives of New Jersey.

Favorite women’s wrestler: It’s impossible for me to pick just one so I’ll go with the Holy Modern Trinity: Trish Stratus, Lita and Stephanie McMahon. More recently I enjoy the work of Charlotte, Paige, Gail Kim and Brooke.

Favorite men’s wrestler: From the past Edge was my absolute favorite. He was the total package. Currently my favorites are Dolph Ziggler, Seth Rollins, and Tyler Breeze.

Favorite match: AJ Lee vs. Kaitlyn at Payback 2013 was the total package, from action to storytelling: