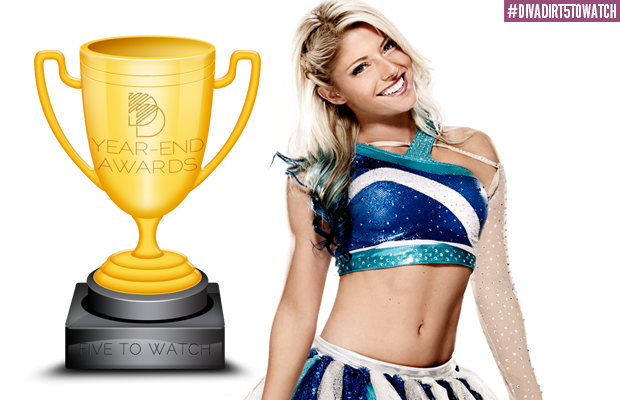 Welcome to Diva Dirt’s Five to Watch 2014! This annual list compiles five rising talents in the world of women’s wrestling that we think have what it takes to be the next big thing.

From their in-ring abilities to their unique personalities, we aim to spotlight some of the upcoming female talent that you may not yet know about. Over five days, we will unveil the names that the Diva Dirt staff have handpicked.

ONE TO WATCH: ALEXA BLISS

Who is she?: Alexis “Lexi” Kaufman is a former bodybuilder and fitness model who placed 14th in the 2013 edition of the Arnold Classic. Some say that it was around that time that she attracted the eyes of the people at World Wrestling Entertainment, and it’s likely the case, as she joined them in April/May 2013. It wasn’t long before she began appearing on television for NXT, showing up in June to congratulate Paige on becoming the first ever NXT Women’s Champion. Having impressed down in Florida, Lexi was finally given the ring name of Alexa Bliss, and would go on debut at WrestleMania 30 in New Orleans. She joined Charlotte and Sasha Banks as part of Triple H‘s stunning ring entrance, and her NXT debut wasn’t far off either. Alexa defeated Alicia Fox in the first round of the NXT Women’s Championship tournament.

Her story so far: Having grown up doing gymnastics, as well as competing in various sports, Alexa seemed tailored made for something as challenging as professional wrestling. Her looks enabled her to compete as a fitness model and her dedication to her health allowed her the opportunity to compete as a bodybuilder. Even though she’s new to the WWE, fans have already taken too her, making her one of the most popular girls in NXT. She’s had some great rookie matches and constantly improves with each and every appearance. 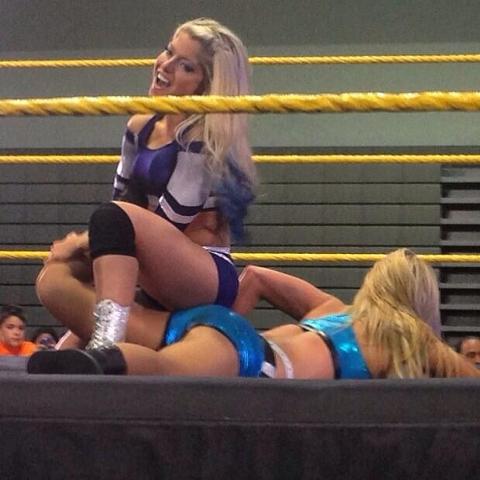 Why we chose her: As one of the most athletically gifted girls down in Tampa, Alexa Bliss has the entire package. She’s gorgeous. She’s charismatic. She’s got personality. Her gimmick is flawless. Everything about this girl just screams “star” and most importantly, she has youth on her side as well. At the age of 22, her stock is only going to rise and she’s only going to get better, and the possibilities are limitless. With her love of glitter, sparkle, and all things “bling”, Alexa Bliss has already set herself apart from the rest of the girls down in NXT and with such an impression collection of talent, that’s saying a lot. Her moveset is good enough to impress even the most hardcore fan, and it’s just so different from anything currently on the main roster. If handled right, Alexa could definitely become a star on the main roster sooner rather than later. 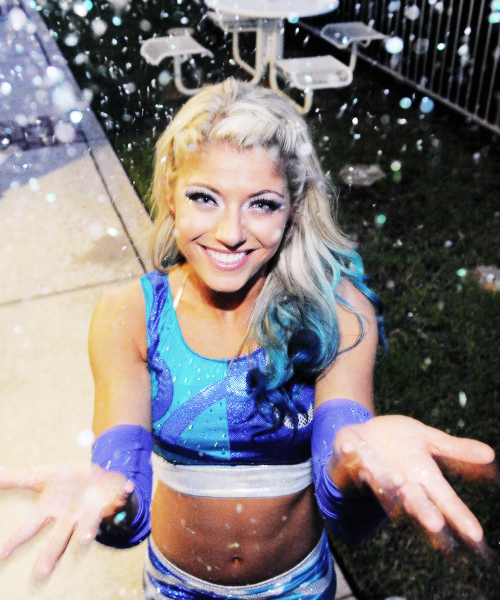